On the Southern Pinnacle there are different areas to dive. The usual Southern Pinnacle dive starts at the Southern Cave, which hosts all kinds of game fish. At times so thick that it is difficult to see your buddy! After the cave, you reach Kingfish Gully, an overhanging rock which is home to large shoals of Kingfish, Yellowtail and Potato Bass, to name a few. Billy Bob Steinberg our resident Potato Bass loves to come in for a cuddle and a photo shoot opportunity!!

The current then takes you to a large sandy patch called Sand Shark Gully also know as the Arena. It lies at exactly 40m and is home to the Giant Guitar Shark. At times 50 to 60 of these magnificent creatures are seen lined up like planes on an airport.
There are also other areas … Lord of the Rings and the Village. But limited bottom time does not allow us to spend time at all of them. We can spend all our bottom time at any of them, if we do not have any current.

The Zambezi is of cause synonymous with Protea Banks, and is a frequent visitor on the Southern Pinnacle. Tiger Sharks, Blacktips, Duskies and Bronze Whalers can also be seen. Large schools of Scalloped Hammerheads frequent this area. At times several hundreds during one single dive!! The Great Hammer Head also puts in an appearance but in smaller numbers.

The best time to dive the Southern Pinnacle is in the summer months from October to April. 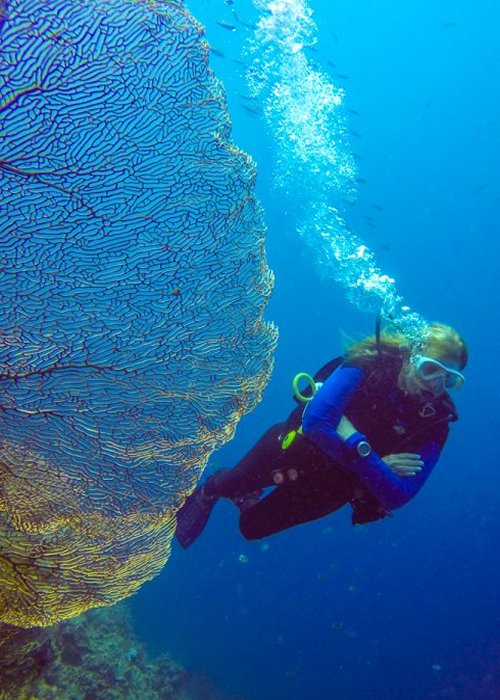 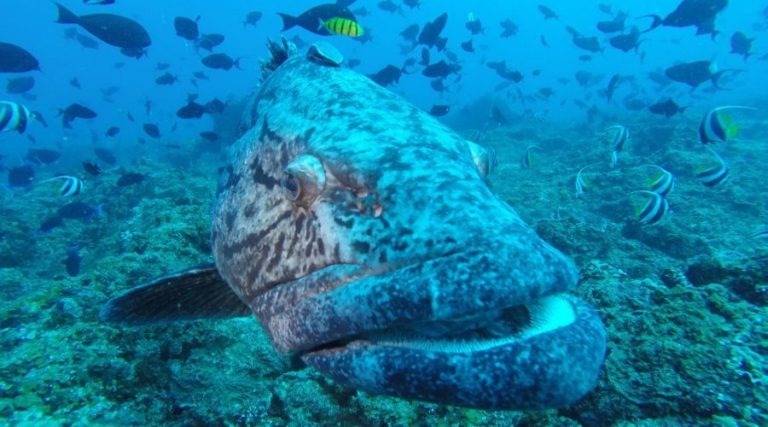 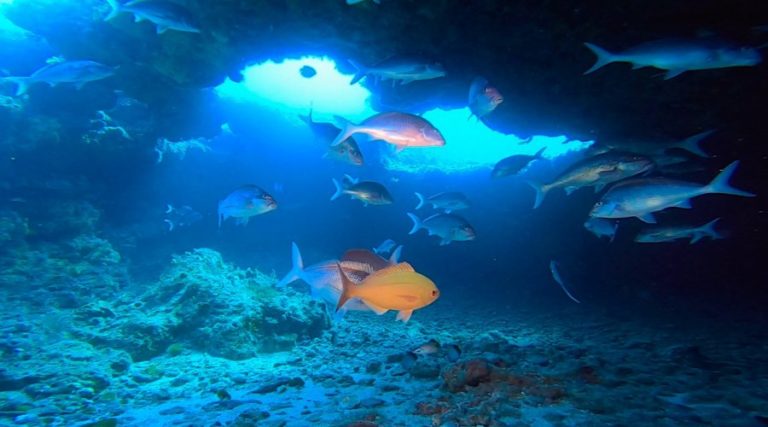 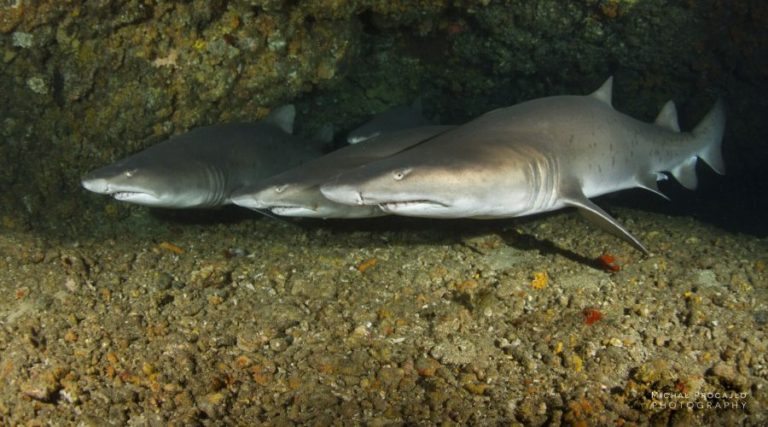 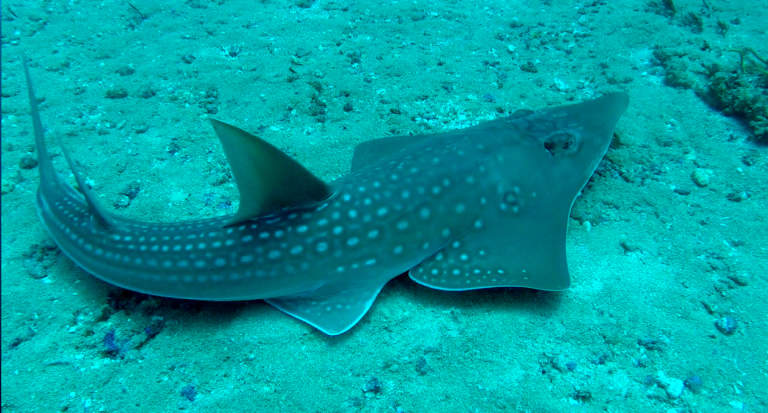 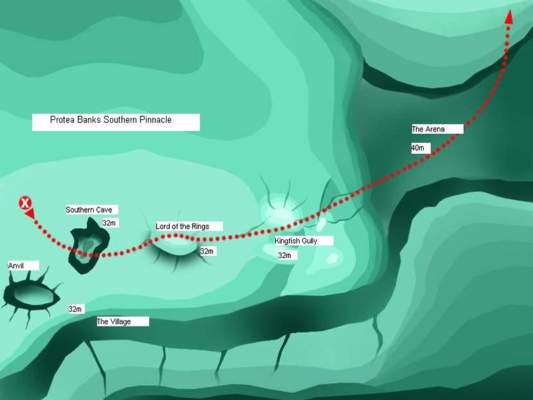