Baited Dives has also allowed us all to learn more about shark behaviour. It also once again enforced the fact that these magnificent Kings of the ocean are no man eaters and deserve to be protected and not ruthlessly slaughtered for their fins!!! In fact there are more ‘shark eating people’ than ‘people eating sharks’ 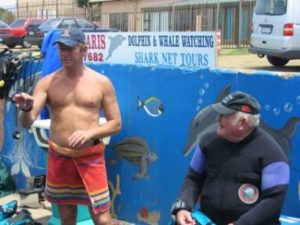 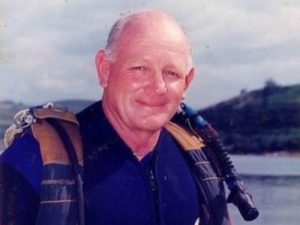 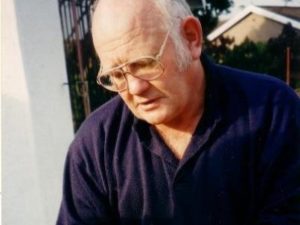 The conservation of Protea Banks and all its inhabitants have long been one of African Dive Adventures main priorities. With more and more fishing boats operating on Protea Banks more regularly than ever the sharks have learnt that there are easy pickings for them. Instead of wasting valuable energy trying to catch a fish, the sharks simply need to place themselves under a fishing boat and wait to be fed. And it looks as if work spreads among the shark population.
This in turn infuriates the fishermen who not only loose valuable fish but also valuable equipment. This results in sporadic appearing plans to cull sharks on Protea Banks. 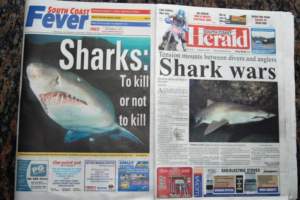 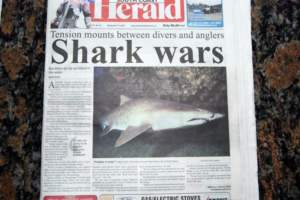 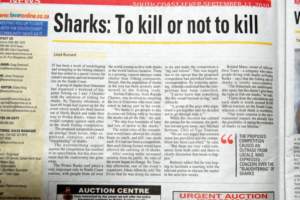 We have managed to stop the annual Shark Fishing Competition, but as one can see by the attached news clippings, we fight endlessly to keep the senseless killings at bay. The killings worldwide however continues.

The Shark Species is considered to be extremely vulnerable to over exploitation due to late maturity and small litters. Under the Marine Living Resources Act, the species is classified as exploitable.

The full name of the NSB is actually ‘Natal Anti Sharks Measures Board’ and their sole interest is in eradicating sharks from our coastline. The NSB has managed over the years to completely destroy all inshore shark populations such as the Grey Shark, Hound Shark, Dusky Shark and many more. In their medieval ways of “protecting” bathing guests on our beaches they caused a huge environmental damage. Still today Great White Sharks which are protected, Turtles, Dolphins and Whales are dying regularly in these nets. Their scientific work is all but kept secret and if one asks for any information one meets nothing but silence… 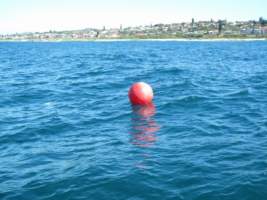 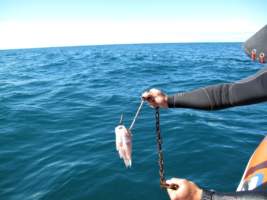 It costs the Margate ratepayer in excess of 5 million Rand a year to have about five beaches netted by the Anti Sharks Measures Board. This is a huge amount of money for our cash strapped municipality, while Sharks Board Management comes to meetings in their company aeroplane………….. Most sharks caught in these nets are caught on the inside = on their way out…… Half the net have now been replaced by ‘Drum Lines’, a medieval and cruel contraption which lures the sharks to the tourist beaches and hopes to catch them on huge hooks attached to massive buoys.

Early 2012 seventeen Tiger Sharks got caught in the nets of the Natal Sharks Board off the Aliwal Shoal, Umkomaas. It must be said in fairness that 9 were released alive but the rest was dead. The tiger shark is the most important asset in South Africa’s shark diving industry and attracts divers form all over the world to encounter these magnificent animals. There are only three countries worldwide where Baited Tiger Shark Diving is offered. Needless to say that the Aliwal Shoal experienced a sharp drop in Tiger Shark sightings due to this environmental plunder.

It is time to disband the Natal Anti Shark Measures Board !!!!!!!!!