This area of Protea has magnificent topography and is mainly dived during the winter months. It is definitely Roland’s favourite dive site !!! The reef is virtually untouched and has two caves which are used by the Ragged-tooth Sharks on their annual migration and congregation route. During this exciting period divers can encounter over a hundred Raggies at a time!!! (often even more).

The dive starts at the larger, First Cave, looking in from the top and observing the Raggies interacting peacefully with each other. Often the caves are so full of sharks that one can hardly see the bottom. Divers then pass the Tunnel, the Canyon and get to the Second Cave. This cave is also open on top and has several chambers, each one with a wide opening at the top. When there are no Raggies in the caves, it is great fun exploring and collecting Raggie’s teeth, which are generally plentiful in and around this cave area. Divers are allowed to remove these teeth as a nice souvenir and proof of a close encounter with the Raggies.

During spring and summer large Schools of Hammerheads can often be seen on this side of the reef. The dive on the Northern Pinnacle is by no means over once divers leave the caves. On the slow ascent to midwater one often encounters Zambezies or Blacktips.

Best time to dive the Northern Pinnacle is between May and November.
Maximum depth is 36 meters.

In Tiger Shark season – March to June – we have the best chance to see one of those magnificent animals on the Northern Pinnacle. For unknown reasons they seem to like the north part of Protea Banks better than the south. Therefore, when we do our famous and outrageing Baited Tiger Dive, we always start at the Caves.

Small groups of excellent divers often get a treat when we go without buoyline and pass through all the underground rock and tunnels, shelves and holes from the First Cave to the Second Cave. This one puts a smile on everybody’s face…. 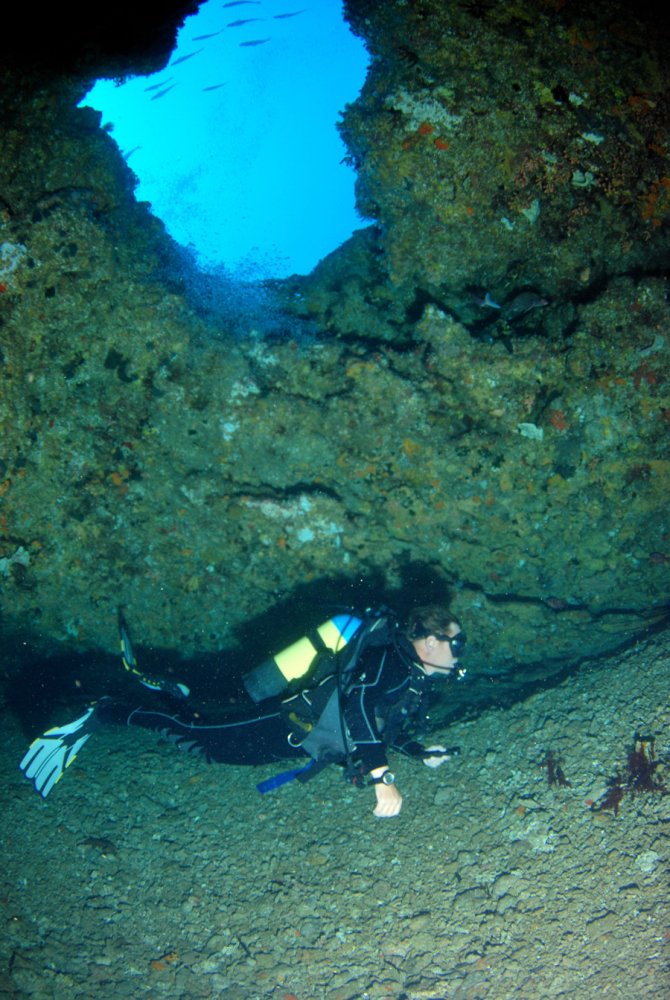 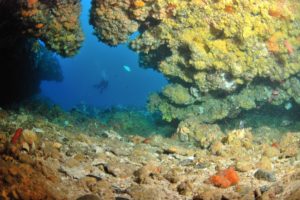 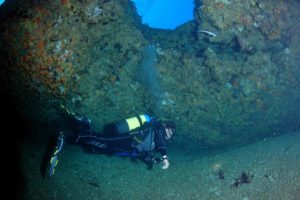 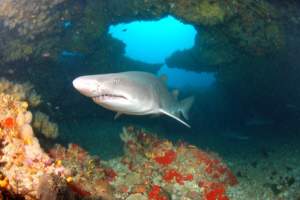 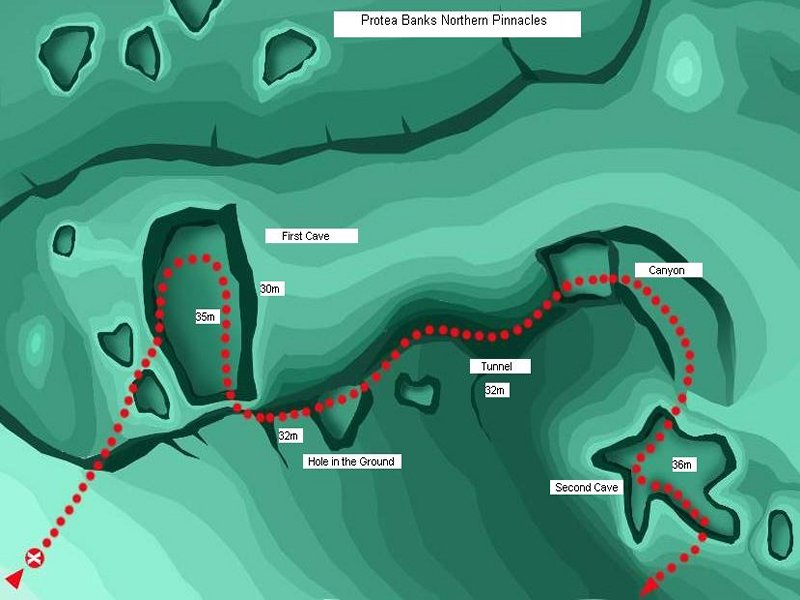