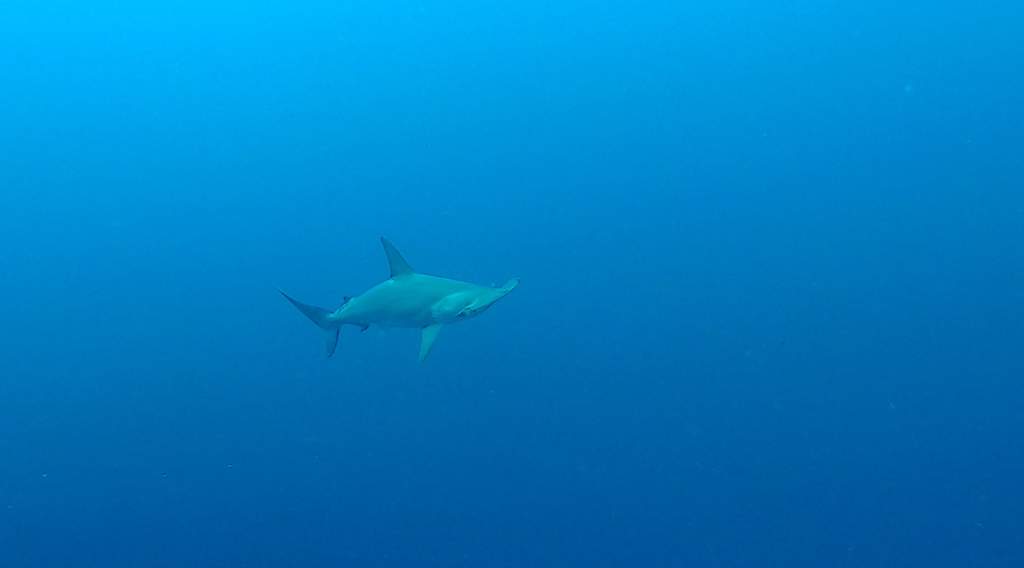 Great hammerheads are very rare sightings and the sharks are extremely difficult to photograph.
They swim around on Protea Banks in small hunting packs of up to 5 animals. It can also be seen alone.

The Great Hammerhead is recognisable by its extra large dorsal fin, also known as ”The Which’s Hat”
The shark usually has a length of 3 meters plus, grey body with white underbelly and a long tail fin similar to the Tiger Shark’s.