Best time is January and February 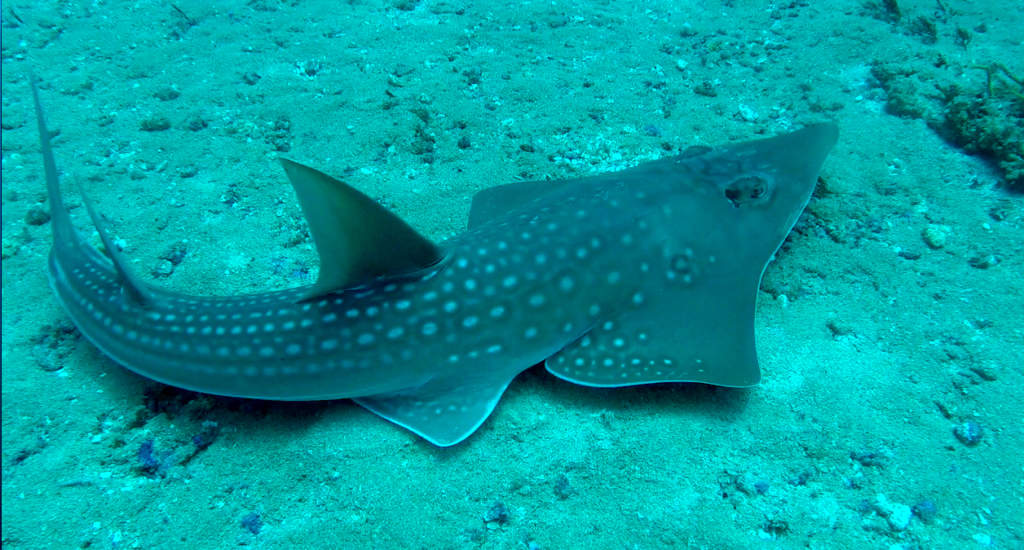 On Protea Banks these Guitar Sharks which we also call Sandsharks are the Giants of their species reaching up to 3m in length. According to CITES they are on the Critically Endangered Species list which makes an encounter with these animals a very special occasion, a privilege for us.
In the past, probably 15 years ago we called them our “Emergency Sharks”. If we did not see any other sharks we consoled by seeing the Sandsharks.
Nowadays divers and underwater photographers from all over the world rate an encounter with Guitarsharks very highly.
We seldom see them swimming across the reef but always see them at Sandshark Gully, a massive sandy plain at 40m depth. This is surely why they are called Sandsharks here in South Africa.

This year in January we had a couple of days when we saw around 50 Sandsharks on Protea Banks. When we put the news on Social Media we received calls from Scientists who were completely excited about the great numbers of animals we saw.